There are eight separate careers criteria, called the Gatsby Benchmarks, and just 1.5 per cent of schools and colleges meet all of them.

The benchmarks, which range from having a stable careers programme to understanding the job market, “are not particularly difficult”.

And Hammond knows what “difficult” looks like. She joined the school in 2016 just before it was placed in special measures, and bust a gut for its new grade, published this week. St Peter’s is now “requires improvement” with “good” leadership; English and maths results are improving, and the school joined the Nicholas Postgate Catholic Academy Trust this year.

Nearly two thirds of its students are eligible for free school meals, way above the national average of 12 per cent, in a local authority that ranks fourth highest for adult unemployment in Britain. 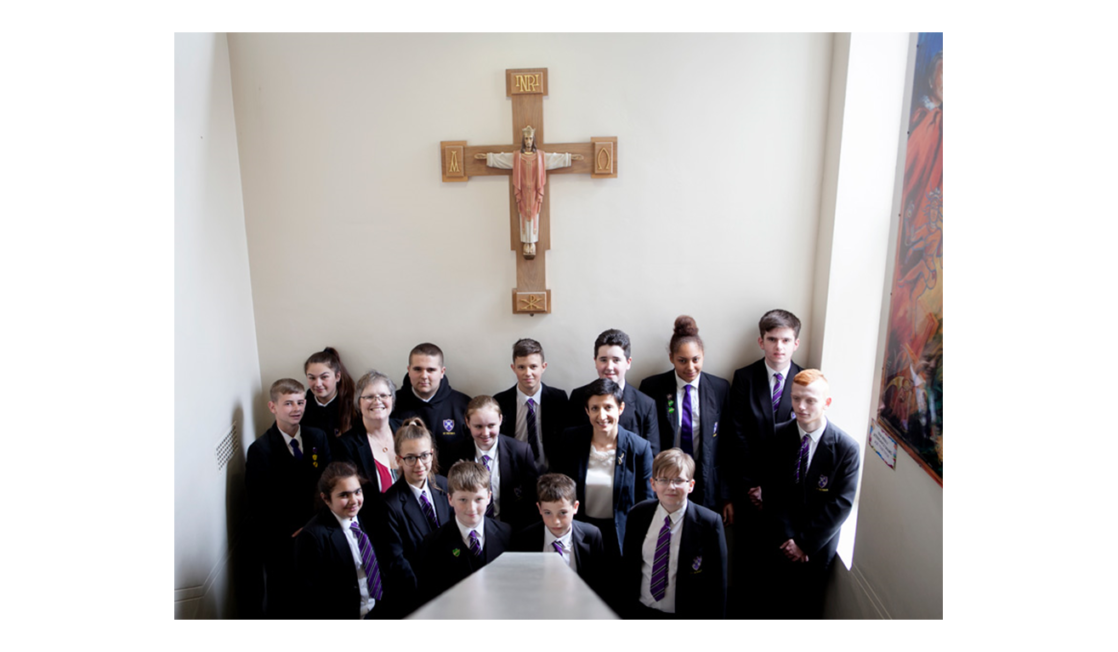 Amid the flurry of urgent activity needed to turn around a school, many heads might have cut the careers adviser.  Not Hammond, whose first move was to hand Jacqui Hutchinson, originally the data officer, careers to concentrate on.

The role was re-named “Entitlement Officer” – cementing its status as non-negotiable – and the results speak for themselves.

Previously 11 per cent of pupils were not in education, training or employment after they left school, and now that figure is zero per cent.

The school is one of the few in the country that scores 100 per cent in all eight Gatsby Benchmarks, and the Careers & Enterprise Company (CEC), the government-funded organisation that supports careers advice, wants Hutchinson to present a workshop next week.

To top it off, Ofsted notes among the school’s strengths: “Pupils benefit from good-quality curriculum provision that extends beyond the normal subjects in school. This includes good advice about future careers.”

The careers success is intriguing at St Peter’s – showing what can be achieved even in the toughest of circumstances – but is part of a wider pattern across the Tees Valley, the region of the North East encompassing Middlesbrough, Darlington, Hartlepool, Redcar and Cleveland and Stockton-on-Tees.

The careers success is intriguing at St Peter’s – showing what can be achieved even in the toughest of circumstances – but is part of a wider pattern across the Tees Valley, the region of the North East encompassing Middlesbrough, Darlington, Hartlepool, Redcar and Cleveland and Stockton-on-Tees.

At 4.6 per cent, the Tees Valley has the highest proportion of schools meeting all Gatsby Benchmarks, according to the CEC.

Under the government’s careers strategy, launched in 2017, all schools are expected to start using the benchmarks and to meet them by 2020.

I ask Hutchinson why Tees Valley is leading the way.

“As a region, it’s tough, in terms of unemployment, access to a high economic future, and trying to change that culture. We know if we don’t do this…” She trails off. 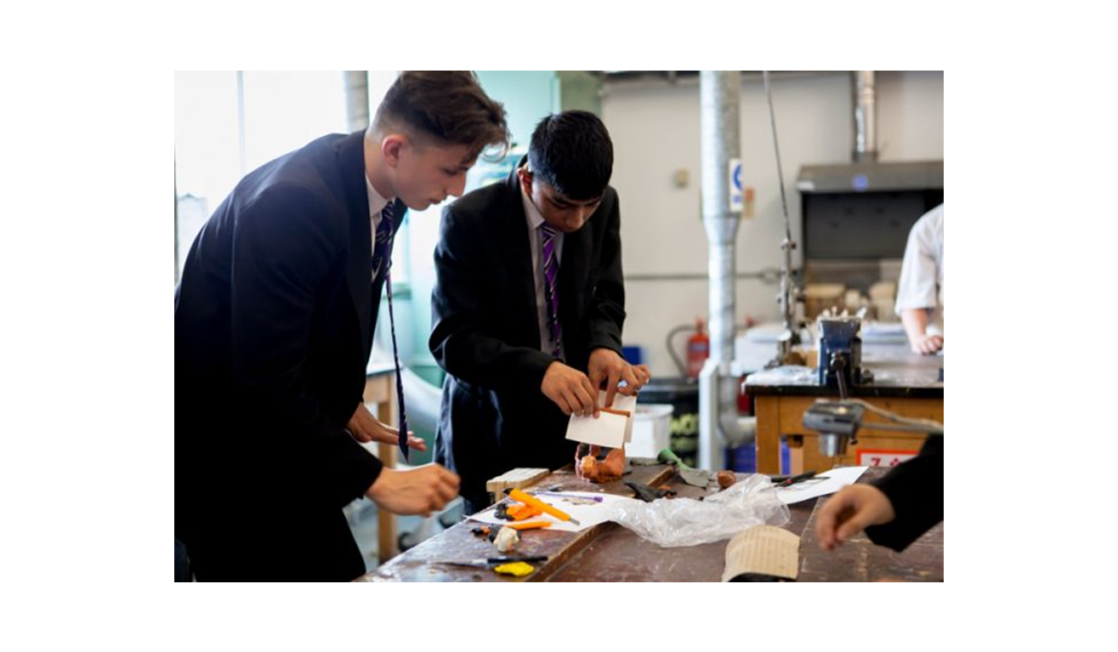 The road outside the school gates says what she does not. There are about five boarded-up shops and a deserted pub. “This isn’t the nice bit of Middlesbrough,” says my taxi driver.

The school may also perform well because it has no sixth form. In November, the CEC released analysis showing that schools with sixth forms are more likely to provide worse careers advice post-16 because of competition to keep pupils.

Without that pressure, St Peter’s is among the schools that can least afford to let careers advice slide.

Harris said much of the success has been driven by leadership, including the mayor and combined authority in the Tees Valley, who have “seized the agenda”.

“Heads and employers in Tees Valley know how much this matters and they are taking this work seriously. Hundreds of businesses are on board, all local schools will soon be part of a careers hub, and the energy and engagement are palpable.”

For Hammond, school improvement and careers advice are two sides of the same coin. When all else fails, the pupil’s future can re-engage them with the curriculum.

“I’ll ask, ‘Why are you here? What do you want to do?’ And then the conversation will change,” she explains. “Quite often they have no idea so they don’t get why they’re in school. Then it’s, ‘Right, you need a mentor’.”

By knitting careers into pastoral and academic work, the school meets the third and fourth Gatsby Benchmarks: addressing the needs of each pupil, and linking careers to curriculum learning. Nationally, only 16 per cent and 32 per cent of schools respectively do so.

But it is on the second benchmark, learning from career and labour market information, that Hutchinson really shines. We’re on lunchtime duty in the playground, and children approach her constantly with updates.

“Miss, I’m not doing public services, I’m going for tourism and travel.” Hutchinson explains to the pupil that she can still consider a career in the police, after confusion about whether she could apply. Another pupil is applying for forensic science. “Remember, the labour market is tough for that one, so you’re going to have to fight for it – but there have been more jobs out recently, so that’s good,” she says.

One child wants to be a mechanic, one a scientist, another an artist. Hutchinson appears to have a vast mental database of every pupil and the jobs market at the same time. The support doesn’t stop there, because the school tracks its former pupils until year 13. Government guidance on destinations data released in October actually recommends that schools track “past students” until the end of their education, if they wish to meet Gatsby Benchmarks.

Recently a former pupil approached the school gates after being kicked off her college course, Hammond tells me. “We got her in for a hot meal and we’re talking through her options.” A phone call with another struggling former pupil awaits Hutchinson after I’ve left.

My only concern is what would happen if she keeled over. She laughs at this, and explains that a jobs page is now live on the school website for pupils to check out. But she is also clear the CEC and Tees Valley combined authorities have made her role easier, including through the combined authorities’ “shout-out” system.

“You can fill in one of their ‘shout out’ forms for an event and one of their bank of employers will come and support. It means I’m not having to run around to lots of different people and it expands my networks.”

The support began when the school joined a “careers hub” pilot of 35 schools and colleges across the North East this year.

After the CEC reported improvements in Gatsby Benchmarks among schools within the hub, the government announced 20 more hubs will split £2.5 million next year across 1,300 schools. A recent review by Philip Augar recommended that all schools have access to a hub.

St Peter’s received £3,700 in CEC hub funding this year and through the Tees Valley combined authorities Mayor’s pledge will receive a further £10,000 next year. Hutchinson is ecstatic. “It’s so much money. I can’t decide what to do with it. I’m shopping around.”

So far funding has gone on events and transport to bring pupils in contact with employers and workplaces (benchmarks 5 and 6) as well as trips to universities and colleges (benchmark 7). Personal guidance is the final benchmark.

Yet it occurs to me that even with so much support, and a deeply committed head, Hutchinson is run off her feet. I ask what she needs to perform her job better.

“Human resource. There’s so much we could be doing. I wish I could have one more person just to do advice and guidance with the kids.”

In that context, £10,000 doesn’t seem much. The bravest decision here seems to have been to pump pupil premium money into paying for Hutchinson to focus on careers full-time. For more schools to follow suit, they will need to find a salary’s worth of cash. Small thousands here or there can’t produce careers advice so good it makes the front page of an Ofsted report.

Hammond reflects. “School is not just about supporting them when they’re here. It’s about what happens when they leave.” 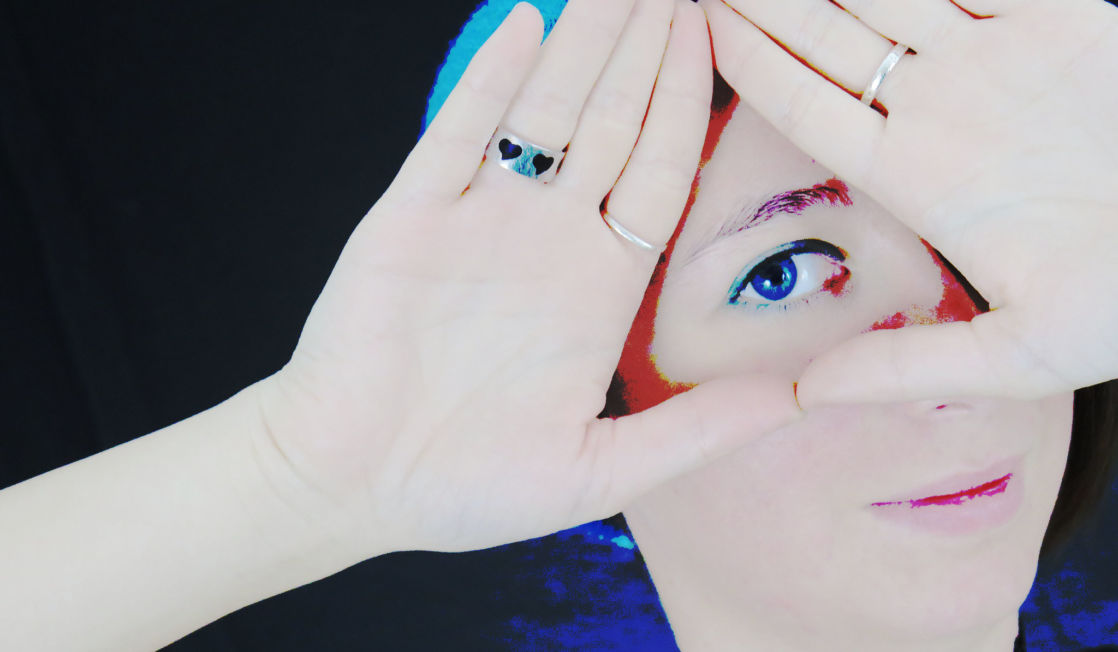 This webinar allows Schools to find out more about traineeships and how they are of value to young adults aged 16-24 or 25 with an Education Health Care Plan. Hear from expert speaker, St 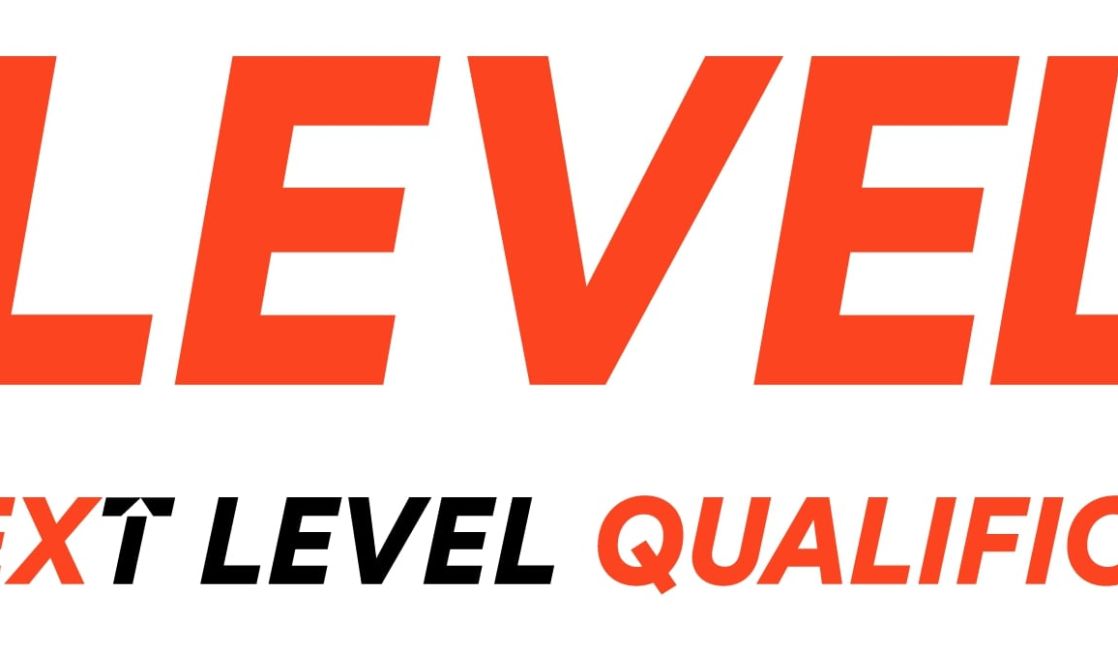 T Levels are new technical qualifications that allow students to combine studying with a substantial industry placement and are open to students who have completed their GCSEs. 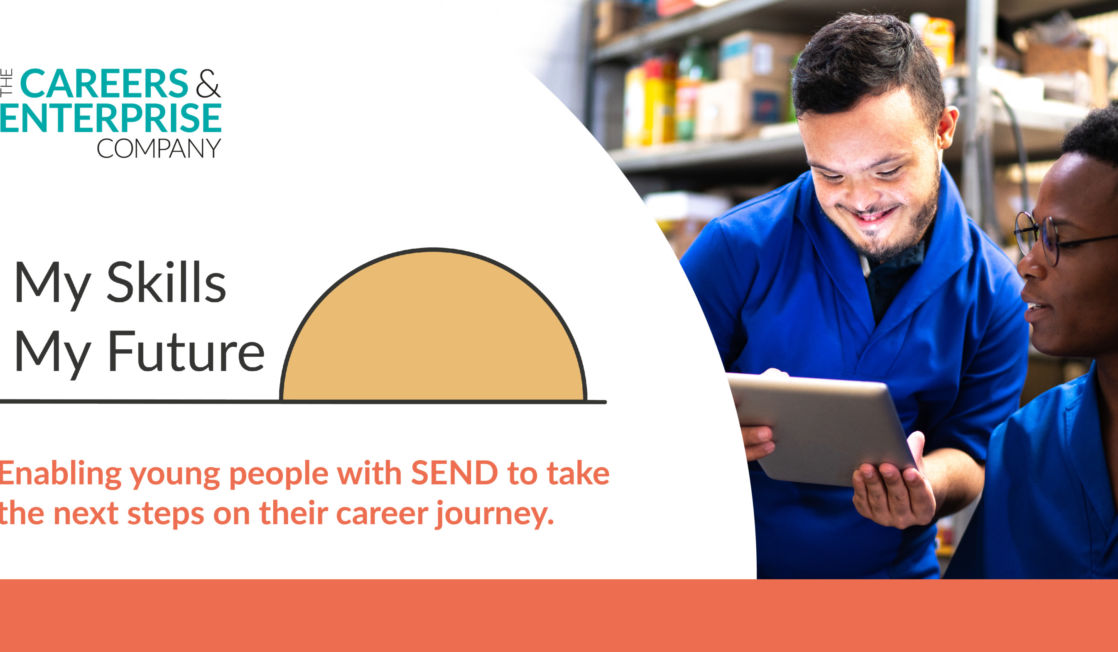 My Skills, My Future is a new suite of resources that provides specific support for young people with SEND in specialist and alternative educational settings.

This webinar is focused around raising awareness about inclusion in both, business and society 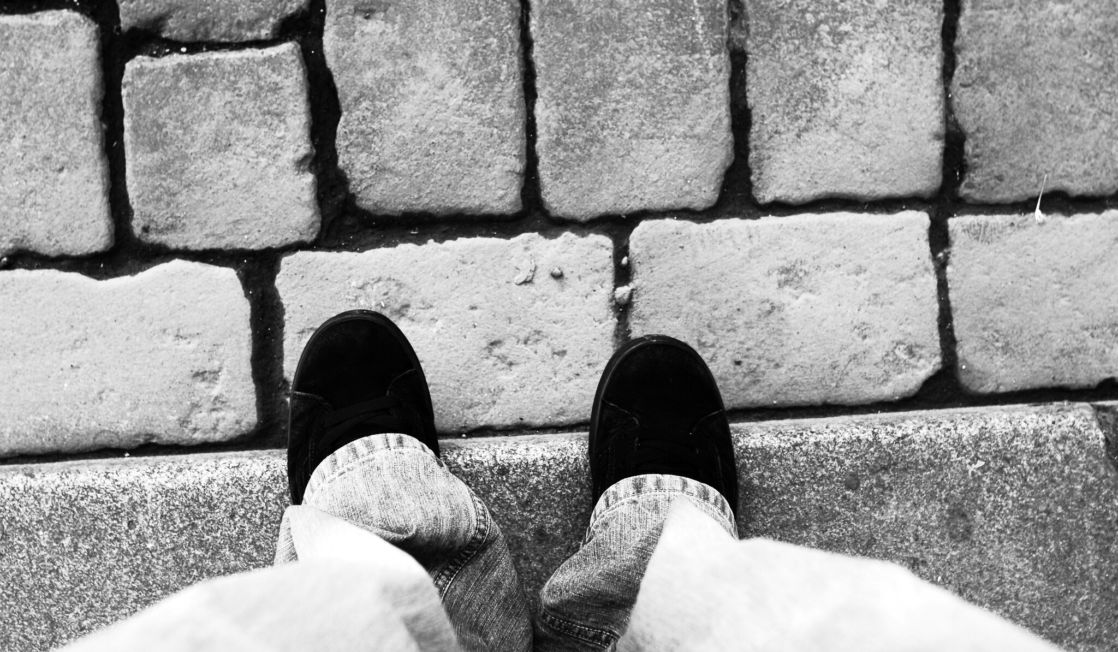 Why students must not get lost in transition

Hear from The CEC's new CEO